Roe Bio-Medical joined Schlyer Machine (SMC) in 2012 with the continuing goal of providing Everything for the Vivarium Washroom. Schlyer Machine has been manufacturing quality cage washing equipment for the Life Sciences Research field for over 25 years. Roe Bio-Medical Products has been providing Vacuum Bedding Delivery & Removal Systems to the Biomedical Research field since 1994.

Building on their combined engineering strengths and commitment to customer support, SMC-Roe bring customers concepts to reality. The products range from Rack Washers, Tunnel Washers, to Vacuum Bedding Dispensers with object recognition technology and sorting conveyors. Each product has numerous features with ergonomics, noise pollution, and green principles in mind. The systems are compact and compatible with other vivarium equipment. They include HMI Networking for status and diagnostics, as well as intranet coordination between equipment. Standard and custom products, service contracts, refurbishments and upgrades are also offered.

Founded in 1981, Schyler Machine Corporation was started by Dale Schyler in Tonawanda, New York. Later sold in 2003, SMC remained under the same name until 2012 when Roe Biomedical was purchased and incorporated as a division. Roe Biomedical is a division of Novair Corp, USA. The Oxygen Generating Systems International division of Audubon Machinery also took a new partner in 2003, who brought in SMC. Audubon Machinery has now grown to house 35 employees, all moving back and forth from the SMC-Roe division to the OGSI division, depending on the workload.

Before they were joined, SMC was predominantly making washing equipment for research facilities conducting animal testing in laboratory environments. This equipment was meant for washing different animal cages and any additional parts and components involved.

At the same time, Roe Biomedical was specifically addressing the removal of bedding that went into the animal cages. Combined, those two divisions formed SMC-Roe. The company now includes not only the washing and removal process but also the refilling of clean materials into the cages. 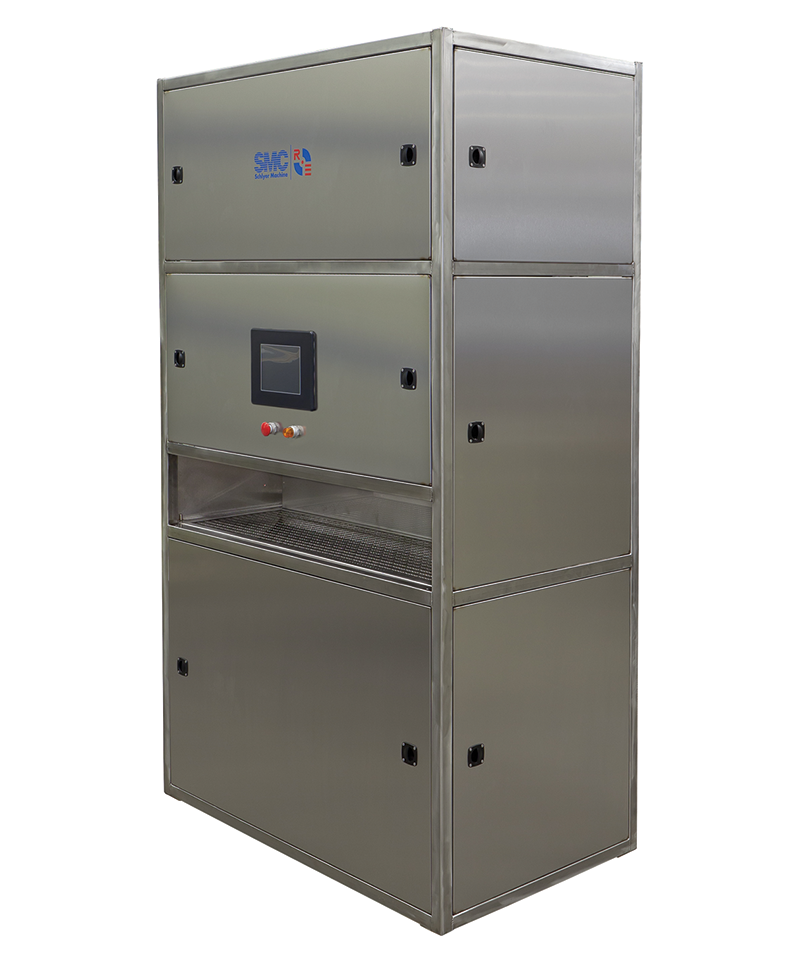 At SMC-Roe, we strive to create user-friendly products that save you time and money. Other companies create overly sophisticated products with too many controls that end up creating more complications. On the other hand, we pride ourselves on simplicity. Our goal is always to provide you with straightforward and long-lasting solutions to meet your unique needs.

Not only do we strive to provide you with the most efficient solutions possible, but we also ensure sourcing our materials locally. We save our customers time and frustration by not participating in proprietary sourced parts. We understand the importance and ease of locally sourced materials and always seek to meet our customers’ needs, whether they buy parts from us or any other local vendor.

Above all, we always strive to offer our customers the best service possible. This includes both exceptional customer service and physical service. We provide our customers with high-quality machines made with durable parts that are built to last, backed by warranties to ensure they feel safe and well cared for. Additionally, we offer lifelong phone support at no charge and are always happy to answer any questions our customers might have. Each client is an important relationship and we are always working to maintain healthy communication.

Is to be the most attractive provider of vivarium washroom equipment by providing the highest quality equipment, company wide customer service and contributing to the continued development of a higher standard of care for laboratory animals.